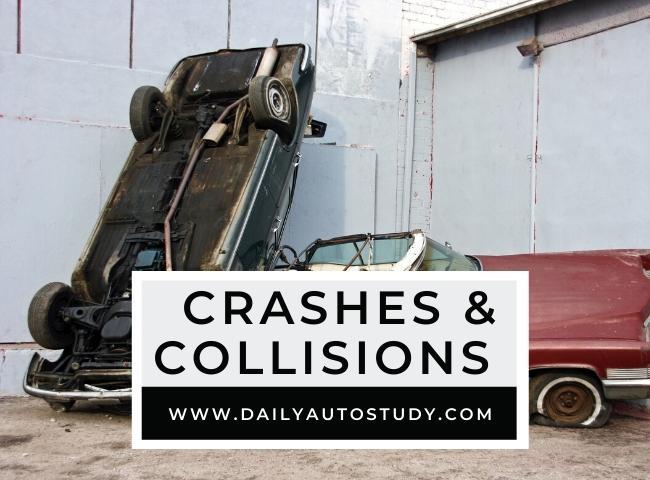 Recent statistics show that approximately six million accidents happen each year on America’s roads. This causes many injuries and leads to untimely deaths. Accidents can occur anywhere and at any hour of the day, in big cities or on quiet roads. There are many causes for these accidents.

There are many possible causes of crashes and collisions. Some are caused by drunk drivers. Others are caused due to bad weather. Knowing more about the causes and risks involved in driving can help you to be prepared for the road. This guide will help you understand some of the most common causes of auto accidents.

Speeding is a significant factor in many auto accidents. Many drivers fail to obey speed limits designed to reduce crashes and injuries and keep them safe. Many drivers ignore the speed limits, or believe they don’t apply, and many admit to speeding, either because it’s not a big deal, or because the limits are too arbitrary.

Speed limits are set by experts to ensure roads are safe. You and your passengers can be in danger if you exceed these speed limits. The logic behind it is that the faster you drive the more difficult it is to slow down, stop or change course to avoid collisions and crashes.

Unscrupulous driving is another cause of car accidents. As mentioned above, reckless driving can also be considered speeding. Reckless drivers might also ignore their turn signals and mirrors, disregard stop signs, or drive in unsafe ways, drifting from one lane to the next without regard to others.

Recklessness is one of the leading causes of car accidents. Many drivers have been accused of being reckless at times. Even the smallest oversights, like not looking in your mirrors before changing lanes on the highway can be considered reckless and cause an accident. It is important to remember the basics of safe driving and keep your eyes on the road.

Distracted driving is another serious problem that must be addressed. It causes countless deaths, injuries, and accidents every year in the United States as well as around the globe. Distracted driving can be described as when someone is distracted by something and loses focus on the road.

A driver may get distracted by their phone, and not notice the car in front of him. The driver might not be able to react quickly when they look up again, which could lead to a rear-end collision. You have many distractions around your vehicle. However, it is important to keep your eyes on the road and avoid them if you want accidents to be avoided.

Many auto accidents can also be caused by alcohol or drugs. Many drivers make the error of driving while impaired. Drunk or intoxicated drivers are extremely dangerous because they have poor reaction times, slow decision-making skills, and lack of control over their vehicles.

Statistics show that 29 Americans will die each day in accidents involving impaired drivers. Many Americans admit to drinking while driving, despite knowing the dangers. It can be dangerous to drive after a single beer or glass of wine. To avoid this type of situation in your life, it is best to look for other options.

Poor road conditions and bad weather can also play a role in accidents. Cracks and potholes can also be a problem on poorly maintained roads. These issues are not just cosmetic; they can pose real dangers. For example, hitting a pothole at high speeds could cause a tire blow out. This can result in a driver losing complete control of their vehicle.

Weather can be hazardous. Rain can also make it dangerous. Drivers are advised to slow down and maintain a greater distance between themselves and any other vehicles. Slippery roads lead to longer braking times. Unexpected skids can increase the chances of a collision or crash while driving on ice and snow.

It’s important to take breaks if you drive for long periods of time, or at night, and to give your body a rest. You could end up in an accident due to your tiredness. Drivers who are tired can react slower to traffic signals, stop signs and other cars around them, making accidents more likely.

Sometimes drivers can fall asleep behind the wheel, lose control of their cars and drive off the road completely. These can occur for many reasons. They could be caused by overwork, driving too much without rest, or side effects of medications. Avoid such problems by taking breaks whenever you feel tired.

Next article
How to Save Money on Expensive Car Repairs

What you need to know about “Bitumen Pavement”?

High-Tech: Innovations in the Motorcycle World